This past June, I preordered Anthony Julian from IT Direct before quantities sold out.  His arrival took months and I was just about to inquire about his whereabouts when I received a balance due email from IT Direct last week.  He was well worth the wait!

Meet music video director Anthony Julian, friend and collaborator of JEM AND THE HOLOGRAMS! Anthony Julian is a fully articulated vinyl figure with sleek rooted curly and flocked hair. The man of the hour comes dressed in one of his key looks from the hit 80's animated TV series. His elaborate layered outfit sends us that "oh so 80s" vibe with his turtleneck, V-neck knit sweater and plaid pants, topped by his signature royal blue driver coat, perfect for those late night takes out by the chilly banks of the Seine river in Paris. Of course, no film director would be complete without his stylish watch, bullhorn (plastic) and movie clap board (cardboard)... Cut! It's a Wrap! For adult collectors ages 15 and up. Figure cannot stand alone; stand included.

Anthony Julian was produced in an ultra limited edition of 500 dolls worldwide.  He stands 12 inches and has a head sculpt that has never been used previously.  He retailed for $130 to the general public with W Club members given advance ordering privileges at a cost of $125. 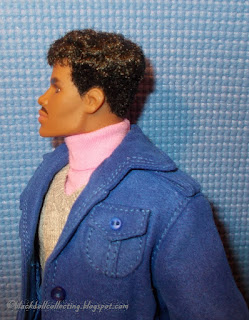 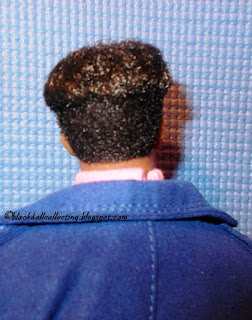 Anthony Julian is the second dark skinned doll in the Jem and the Holograms Collection by Integrity Toys.  In 2013, IT introduced Shana Elmsford, shown next, with her official description immediately following. 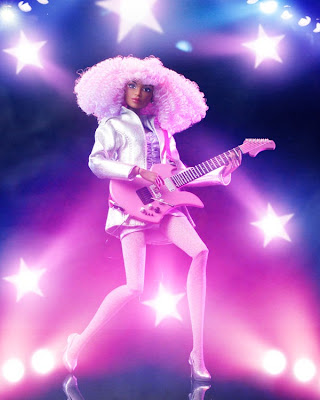 I do not own IT's Shana, but I do own the original Shana and Krissie of the Starlight Girls, made by Hasbro in 1985 and 1987, respectively (shown next).

dbg
Check out my eBay listings here.
Posted by Black Doll Enthusiast at 12:00 AM