Prince Naveen -- Too Lukewarm for Some

Has Disney finally, totally gotten it right by introducing an African American princess into their cast of animated princess heroines? I hear a resounding "yes" from doll collectors, parents, along with a host of others who have longed to visualize a character of Princess Tiana's magnitude, who finds her ideal companion, Prince Naveen, the person with whom she realizes that pleasant dreams do come true. This resounding "yes" is from an African American female perspective, however. 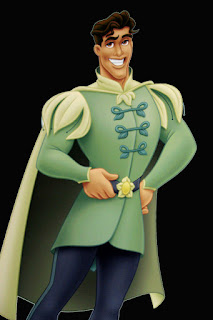 Disney's Prince Naveen character from the movie, The Princess and the Frog

Let's completely exhale and consider the African American male perspective. Prince Naveen's ethnicity is clearly not African American. My best guess, using his tanned appearance as my first clue; his straight black hair, and the name, Naveen, as additional clues, is that he is of East Indian descent. So, our beloved Princess Tiana finds herself in love with someone "other than a black male," as one astute African American male, whose opinion is highly respected, describes Prince Naveen. He further adds:


The bottom-line here is that the young black boys and girls will not find themselves trusting, helping and loving each other by this movie's conclusion. It will be the beautiful black woman and the "tanned-other-than-a-black-guy-with-overt-white-features" who emerge together in perpetual bliss. And for many current and future black women who lack the presence of positive black males in their lives, this will help germinate seeds of doubtful character, insecurity and lack of trustworthiness in the black men they meet. And [there] are already droves of them out here who have literally stopped dating "their-own-kind!" Yup, this is really going to help the black family!


All children are impressionable and our babies, especially, need to know that there is nothing wrong with being black, regardless to what others attempt to insinuate.

I realize that Disney's attempt with this movie is to create a first as well as appeal to a wider audience than African Americans by incorporating other cultures into the mix. Princess Tiana's BFF, Charlotte, is Caucasian and, as stated, Prince Naveen is something "other than" African American. For Disney, it all boils down to the mighty dollar. Greater appeal equals greater profit from moviegoers and merchandise purchasers. 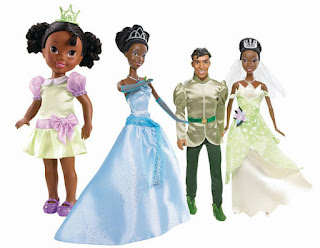 While the concern that Princess Tiana's prince is not African American has always been my reality; like many others, I have been blind sighted by the ideal of our first African American animated princess, overlooking the obvious in the tan, other-than-black male character, Prince Naveen. While Princess Tiana is part of my doll collection in full force, Prince Naveen is not. This is not to say that I won't eventually purchase the doll and contribute to Disney's profit margin, but in this collection, he will not be someone "other than a black male."


After viewing the movie, parents should discuss it with their children, stressing its make-believe nature, emphasizing their individual morals and cultural values, and iterating and reiterating again and again that there is nothing anomalous about possessing a high concentration of melanin pigment. This especially needs to be stressed to young, black princes because they do exist.

What are your thoughts?