The Making of Club Doll Sisters by Kor January 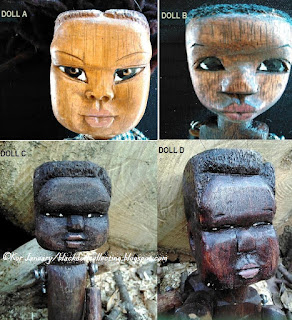 In April 2015 my online doll group commissioned doll artist, Kor January, to make our 2015 group doll. Normally, our dolls are identical, but because Kor is a master wood carver who hand carves all his pieces, our dolls are one-of-a-kind with similar faces, dressed identically by the artist.

We were given several head style choices from which to choose, as shown in the first image.  As a group we decided on the shape we wanted for the dolls' face, eyebrows, eyes, nose, and mouth as well as the wood color for the complexion, hair and shoe style.  A survey was created based on the provided choices with the final results of the survey shown next: 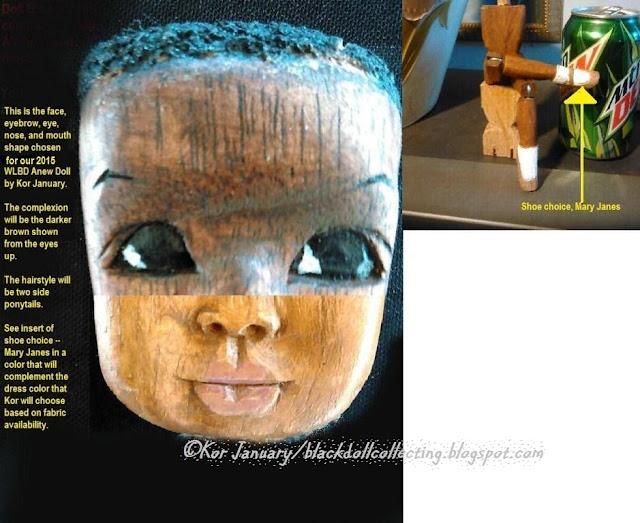 Kor began working on our dolls shortly after the above-described features were selected.  During the doll-making process, he kept us updated by sharing photos of the completed steps.  Some of his photos are shown below.


Before the end of December 2015, all members who purchased a club doll had received their dolls and stoops.  In honor of Kor, many members named their dolls using a portion of his name, such as Kora and Korynne.

I named my doll, Kizzy, first shown here modeling a dress my friend made for her for Christmas. Kizzy will formally introduce herself in my next post.