Wigged Out Before and After


The dolls in this post were manufactured with molded hair and came with an extra wig or two, or I elected to add a wig to change the doll's appearance.  In some cases, I made the wigs or purchased them from others. Before and after photos illustrate the different looks that can be achieved by changing a doll's hairstyle using wigs.


The Soldier Story guy wears a wig made by Paulette of Limbe Dolls.  Barbie wears a custom wig by Tabloach Productions.  The Tabloach wig* is designed to be worn over cut hair; however, my doll maintains her original short blonde hair underneath.  This is not the first time Model 8 had her look changed through the use of a wig.  The first time was in June 2011.  That transformation was illustrated here. 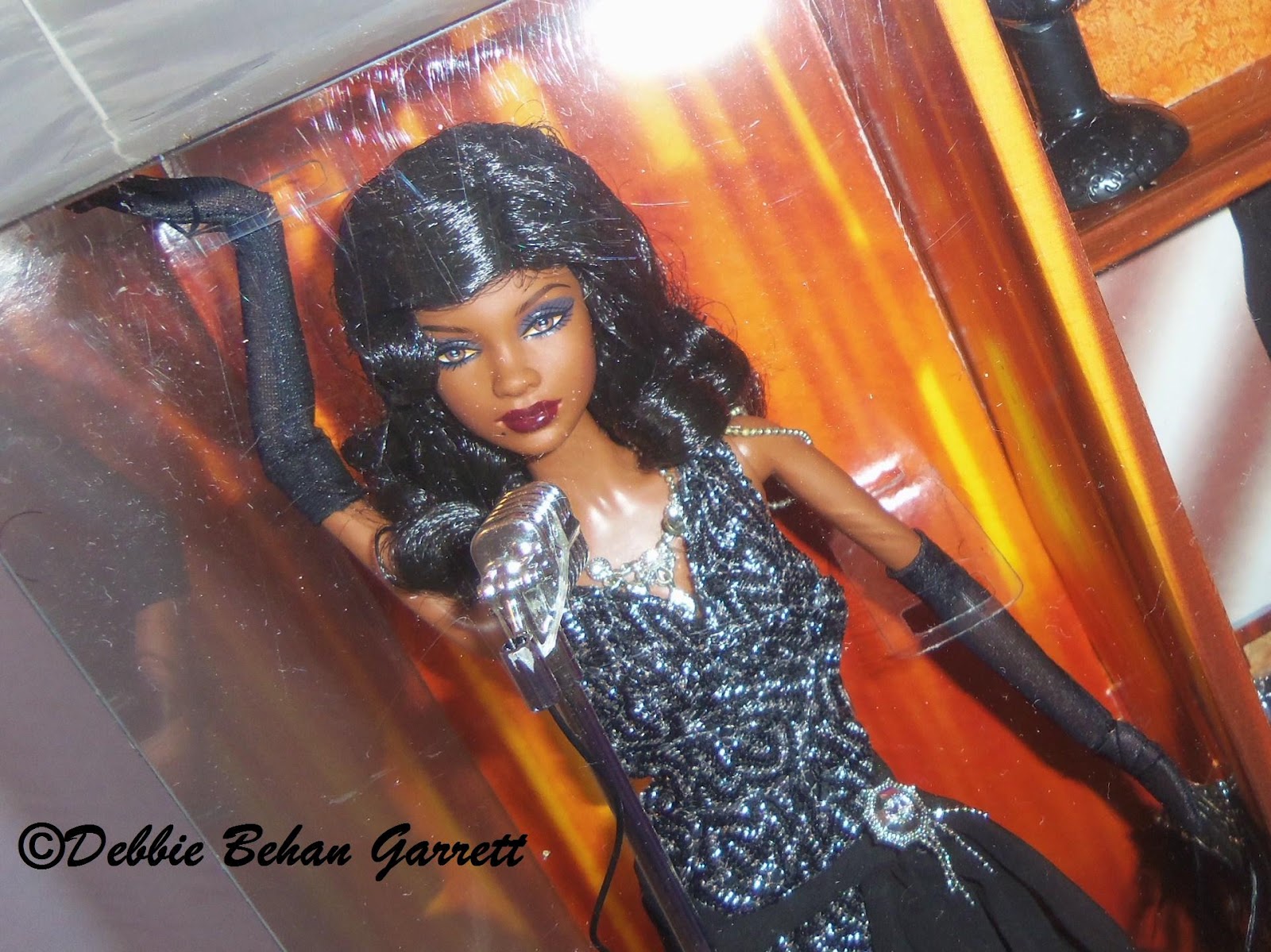 I have yet to debox Jazz Diva Barbie, another doll whose look can be transformed using the wigs Mattel included in her packaging.  She comes with a total of three, the one she wears over molded hair, and two extras.


Floyd Bell utilized several tiny surface holes in the heads of the two dolls above along with black paint to create an illusion of hair.  For the doll in yellow, I made a skull cap and applied synthetic hair fibers to fashion the short curly wig she wears.  The wig the doll in plaid wears was purchased online.

Adele Makeda has molded hair and came with a black Afro wig.  Using the skull cap wig-making method, I made a salt and pepper (more salt than pepper) ponytail wig with bangs for her. Braiding hair was used to create the gray wig.

FLOTUS by Franklin mint now wears a black wig with bangs (which is worn over her original black bang-less wig -- of course I didn't cut her hair or any of the other dolls' hair shown thus far).


Jon achieved her new look with a dreadlocks wig I made for her using the skull cap method** and application of individual dreadlocks that I made using Lock Twist braiding hair.   Her original hair is in a low-lying ponytail underneath the wig which completely overs the original hair.

Teresa's original brown rooted hair was quite tangled when the doll was found in my daughter's former bedroom among several of her other childhood dolls that I rescued.  I was forced to cut the hair before giving her a complete makeover using a Limbe Dolls braided wig.

Basic Russell's original rooted hair is styled in a ponytail.  He still maintains the ponytail, but it is now underneath dreadlocks, a wig purchased online from another collector.


Underneath her original manufactured Afro wig, Lizette is bald.  She arrived with the Afro wig and a long straight wig.  In her "after" look, Lizette wears an Afro puff purchased from a local beauty supply store.  The Afro puff has a drawstring underneath which allows adjusting for a secure fit.  It now serves as her new and improved Afro.

Have you rewigged any of your dolls or have you future plans to do so?