After seeing the prototype photos of City Shine Barbie in bronze dress earlier this year or late last, I had no plans to add her to my doll family.  As you can tell by the above photo, that plan changed.

While shopping at Walmart for something else, before leaving I browsed the doll section while my husband checked out available model cars.  He returned empty-handed to the fashion doll aisle and found me with one Barbie fashion (a pink faux fur coat that came with white shoes and handbag) and two Ken fashions.  We were about to leave that aisle, when I turned around abruptly and went to the opposite end to see if there were any new Sparkle Girlz fashions in stock.  As I did that, my husband examined the Barbies.  After finding nothing new in Sparkle Girlz fashions, as I walked toward him he asked, "Do you have this one?" handing me a box that he retrieved from a bottom shelf that I had not bothered to bend down to check.  "No," I said, "Where did you find it?"  I asked.  "Hidden behind these white dolls.  It's the only one; someone probably planned to come back for it."


After examining her for a few seconds and noticing her clutch had fallen to the bottom of the box, I finally said, "Oh well... they won't be buying this one."


Photos of the Barbie and Ken fashions are shown next: 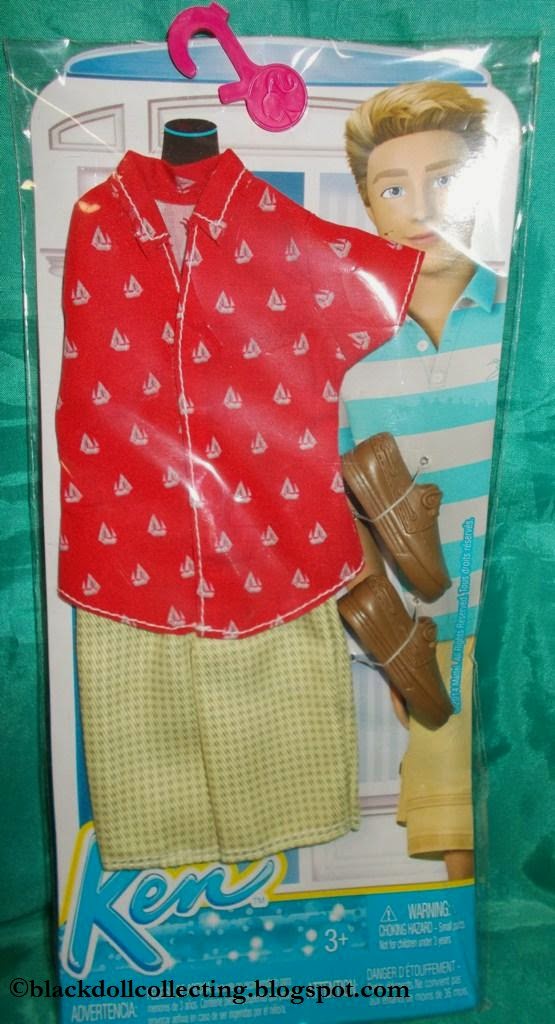 The next time my husband asks me if I am ever going to stop buying dolls, I'll have to remind him of the purchases he has encouraged.


~~~~~~
On a return trip to Wally World, there were new Sparkle Girlz fashions in stock.  I purchased the following three.

The Sparkle Girlz pool and car were also in stock.