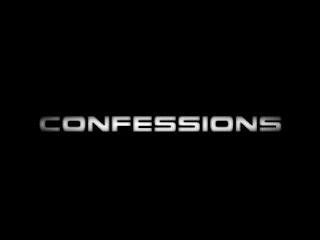 Black doll enthusiast is how I usually label myself as a collector, but I will openly admit that I am truly a black-doll-a-holic.   My name is Debbie Garrett and I love black dolls.  They say the first step to recovery from an addiction is acceptance.   I have accepted the fact that my love for black dolls is intense.  I won't call it an obsession but it's bordering on that.

What is it about dolls that has me so enthused?  The fact that I did not own them as a child is not reason enough for me to desire them as much as I do.  Black dolls are affirmations of black beauty when accurately created to represent the people they portray, is another reason I purchase dolls that are aesthetically appealing to me.  Filling a void and the affirmations of black beauty they provide are the three main reasons I have collected black dolls in all shapes, forms, fashions, media, and complexion hues for the past two and a half decades.

In addition to the last confession above, at the end of 2015, after evaluating the total amount of dolls purchased during those 12 months, and looking back on prior years and noting the excessive amounts of dolls purchased in those years confirms the importance of making a conscious effort to control spending.  I can and will admire dolls from afar more than I have done in the past.  For this reason I have established the following goals:
I must give myself credit for being more conservative with my 2016 spending thus far.  For January I have four entries on my doll inventory spreadsheet.  Two of the entries are for dolls purchased in 2015 that did not arrive until 2016, so these don't count as 2016 purchases.  One entry is for two separate thrift store doll finds for a total of four dolls (three were purchased during one visit and one during another).  These are counted as two purchases.  There is only one entry for February with no additional plans to purchase dolls this month.

Patting myself on the back:  This past weekend I stopped in Big Lots to see if they had printer paper. They did.  After picking up a package, I found myself walking toward the toy section.  I was on the doll aisle before I realized it and said to myself.  "Get out of here!  You don't need a doll!"  So I paid for my two items, the paper and a package of  $1 facial wipes that was left at the counter by another shopper.

I can do this.  I am finally determined.  It's in writing, so I have to follow through for the sake of not adding to an already overpopulation of black dolls.

The question, "What's it all about?" brought the first few lyrics of the song written by Burt Bacharach for Dionne Warrick to my head:   "What's It All About Alfie?"


In the video below, listen as Warrick sings this beautiful song, released in 1967 when I was 12 and still playing with my family of all white dolls.


What are your doll-collecting confessions?  Share them in a comment or just share some words of encouragement for me, please.  Trust me; I will need all the encouragement I can get.

Check out my eBay listings here.
Posted by Black Doll Enthusiast at 12:00 AM

Email ThisBlogThis!Share to TwitterShare to FacebookShare to Pinterest
Labels: doll addiction, doll-a-holic, too many dolls 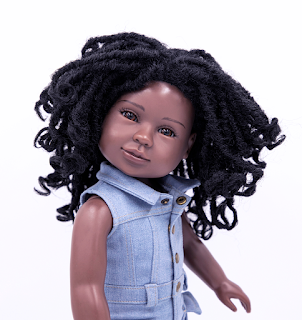