Out of necessity, due to lack of funds for purchasing dolls from merchants, or because of the combined skill and expertise of making things by hand, homemade dolls have been made since time immemorial.   Household items, found objects, and repurposed items were often used to create homemade dolls in the past. Said to date back to the Victorian era, turkey and chicken wishbones were often used to make wishbone dolls.  Nuts have often been used to make nut head dolls.  Household rags were used for clothing these dolls.

I began saving wishbones and acorns some time ago with the intent of making a few dolls from each, separately.  With extra time on my hands, I decided to combine the two materials (wishbones and acorns) to make what I call Acorn Wish Dolls, a father, a mother, and a baby. 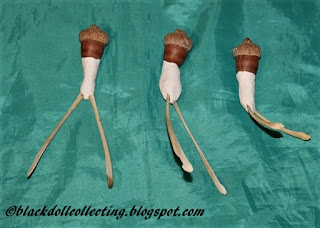 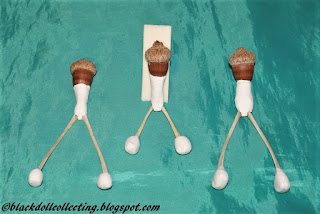 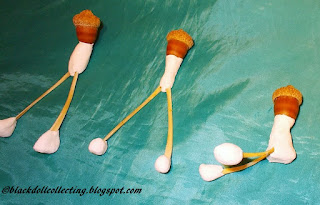 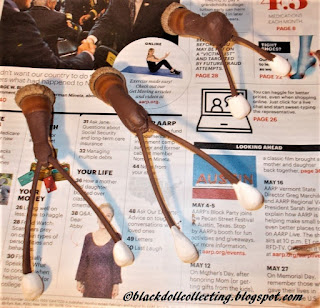 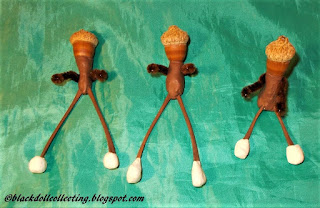 Now that making wishbone and acorn dolls has been marked off my to-do list, I can move on to a couple of other long-overdue doll projects hopefully before my free time diminishes.

For additional information about wishbone dolls, google "wishbone dolls" and "wishbone pen wipers."  The latter type was used to wipe off extra ink from dip or nib pens during the 1800s.  An interesting article about wishbone dolls can be read here.  If you have a copy of the Fall 2015 issue of UFDC's Doll News, the article, "The Peculiar World of Wishbone Dolls" by Gae Ward will be an informative read.