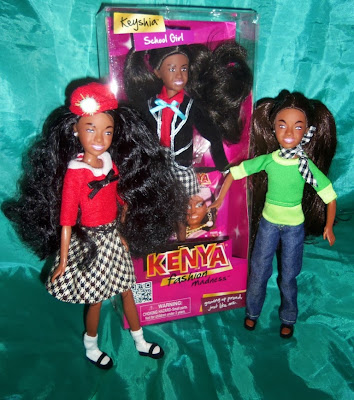 School Girl Keyshia (the boxed doll shown above) arrived in February 2014 with a few dark spots on her arms and hands, some of which were captured in this image taken shortly after she arrived.  These were discovered after removing her black velour jacket, which I suspected then was the staining culprit.

Keysia was one of the students in my Dear Miss Conley post (see her in the 2nd photo in back near the chalk board and in the 4th photo in front of Bob in the Conley post).  Before photographs for that post were taken, she had continued to wear her black jacket.  I removed the jacket for the "Dear Miss Conley" photographs because most of the children were dressed in lightweight fabrics, and I didn't want Keyshia to "feel" out of place.  After removing the jacket, I discovered she had what would be diagnosed as hyperpigmentation in humans, which is caused by an increased amount of melanin in the affected areas.  Dark spots were all over the inner and outer areas of Keyshia's arms.  Totally disgusted by this (without taking a photo), I immediately applied a copious amount of extra strength acne cream to these areas after she received her unjust imaginary punishment from Miss Conley. 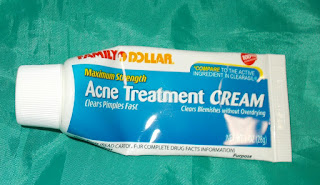 As shown in the first windowsill photo, Keyshia patiently stood on the kitchen windowsill to allow the sun (on the days we were blessed with it) to aid the active ingredient in the acne cream to fade the spots.  Because Keyshia's arms are rigid plastic, it took approximately two weeks for the 10% benzoyl peroxide to completely fade the stains.  When treated with the same ointment, it usually only takes a few days to a week for stains to fade from softer vinyl. 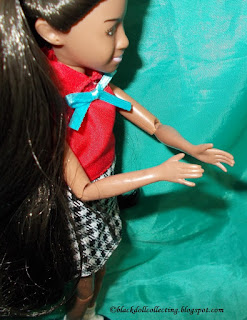 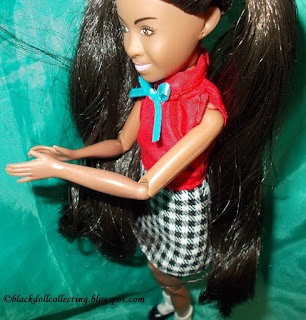 As illustrated above.  All except one small spot on her right forearm has faded.  Had I allowed the cream to remain on for perhaps another week or so, that area would have faded as well.


With stain-free arms and hands, Keyshia has now rejoined her sister and father on the cubbyhole of my personal desk where they are usually displayed.  (Special Day Keyshia is elsewhere in the doll room.)

This Keyshia will not be allowed to wear that black velour jacket ever-ever-ever again.