Barbies by Byron Lars the First Through Current, Updated 02/18/2018 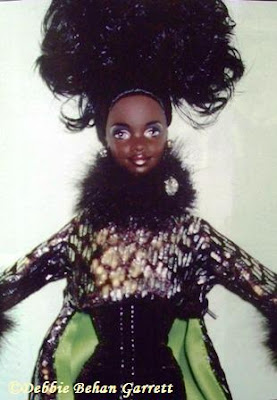 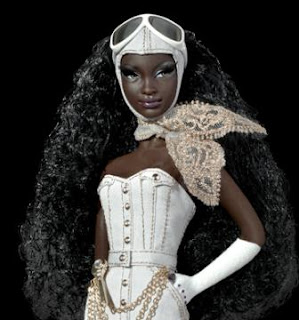 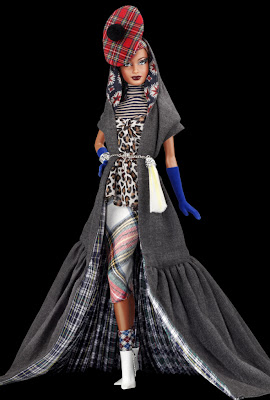 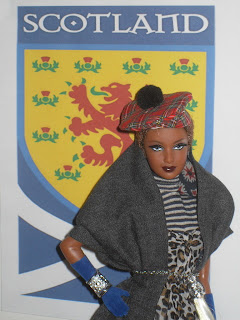 Since Barbie dolls designed by Byron Lars for Mattel are not documented together anywhere on the Internet by their series, and because a curious collector wanted to know the names of the dolls in each series, I decided to document the dolls in list form here.

Several images of these dolls (not in any certain order) can be seen in the results of a Google.com image search.  The dolls can also be viewed at the Barbie.Mattel website and on a Pinterest board.


Full descriptions and values for Lars dolls made prior to 2009 are included in two of my books:  The Definitive Guide to Collecting Black Dolls, 2002, and Black Dolls a Comprehensive Guide to Celebrating Collecting and Experiencing the Passion 2008.  Purchasing links are located under the Black Doll Reference Books tab.

Thanks for the links! I don't recall seeing any posts on Byron Lars' series either.

I will eventually add the Byron Lars series to the DollWiki as time permits... they are such artistic dolls!

His dolls are beautiful and unique. I love Ayako, even with her widow's peak. To bad I don't collect Barbies! LOL!

I have several of Byron Lars black Barbie's> I got them as they came out. I have the LimeLight, Cinnabar Sensation, Plum Royale. and more and they all are simply gorgeous!!.

Good for you, Koko. I love Lars' contribution to the doll world!

Charmaine King is also part of the Passport Collection

Thanks, Jenna. I searched the Internet to determine if Charmaine is part of the Passport Collection, but none of the websites described her as such, not even BarbieCollector.com. I knew I should have consulted someone who owns her, but was anxious to update this blog while it was still fresh on my mind to do it.

Thank you again for confirming this. I have made the necessary correction.

I didn't know until I read her packaging.

One day I will get to read Charmaine's packaging, too.

What an amazing contribution Mr. Lars is making! Growing up on a small Caribbean island, with a mostly Black population, the stores carried only Caucasian dolls. Strangely, we thought nothing of it, at the time. As years went on and the stores started to offer Black dolls, we continued to choose the Blonde, blue-eyed Barbies, thinking the Black ones too dark, ugly. We were brain-washed. As I see the beautiful Black dolls in stores today, I feel that at least young girls today see Black beauty represented.

Thanks for this post. I have 4 of the earlier Lars dolls. They have been deboxed and on display in a cabinet for the past few years. They are beautiful. I hadn't kept up and didn't even know about the Passport Collection. Thanks!

Oh! Most definitely the Passport collection. One of most striking,styled and stunning dolls created.

I have the entire Byron Lars collection as well. Beautiful Barbies.

The Byron Lars Barbie Collection is still one of the best Barbie collections ever!