After the sellout at BarbieCollector.com several months ago, I missed this guy at Walmart.com when first offered there, too.  Their stock was recently replenished and I immediately ordered Texas A&M Ken.  His initial photo is shown above.  In the next photo, someone attempts to expedite his freedom. 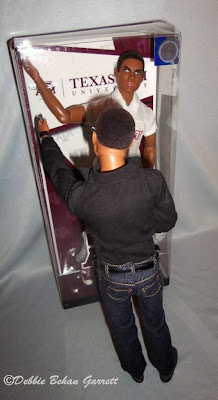 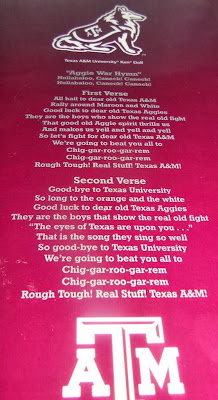 I will eventually debox him and discard the box.  Before that happens, I took a photo of the back of the box which illustrates the Texas A&M War Hymn. 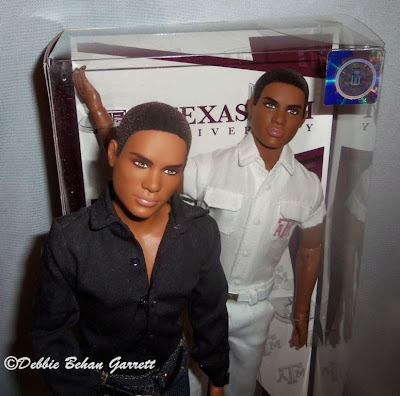 Obviously cut from the same mold, these guys have very subtle differences.  Floyd's hair is lighter.  Ken's lips appear a little fuller.  The outline of his eyes is darker than Floyd's and Ken's complexion has more red undertones. 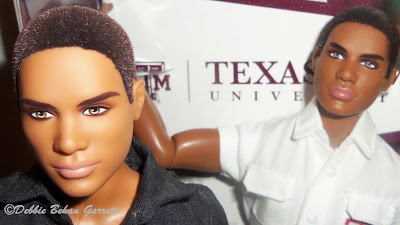 The biggest difference between these two obvious closely related dolls is Ken's several points of articulation on his pivotal Harley Ken body.   I look forward to seeing how well he moves.  Floyd will probably be filled with envy because his MaleMuse body severely restricts his movement.

The doll world needs more articulated males with deep complexions in a variety of head sculpts.  Mattel, are you listening?