MIBDH: The Shindana Story and One of Its Main Characters

The Shindana Story
Originally printed in the March/April 1990 issue of
Doll-E-Gram, published by Lavern E. Hall 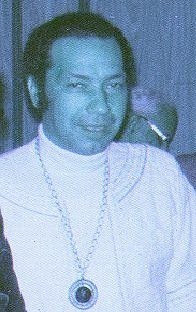 "Shindana Toys, a division of Operation Bootstrap, Inc., stands alone as the largest black-owned and operated toy company in the world. It had its genesis in the rubble of the 1965 Watts revolt and it emerged in 1968 with a will to compete in the face of discouraging odds. A practical recognition of this spirit is reflected in the selection of the name “Shindana” – it means competitor in Swahili.

"Shindana was founded by Lou Smith and Robert Hall without government subsidy or aid. Substantial working capital, technical assistance and equipment were provided initially by Mattel, Inc., with no strings attached, as an expression of that company’s commitment to its social responsibility in the Los Angeles community.

"Once the operation got underway, Mattel began turning more and more responsibility over to Shindana personnel, under whose directions it would either succeed or fail. From the beginning, Shindana’s development bore the unmistakable imprint of Lou Smith’s leadership and insight, coupled with the hard work and determination of hundreds of people. It was this spirit of dedication that enabled Shindana to survive as a business whose goal was to help build the base of financial support for Operation Bootstrap. 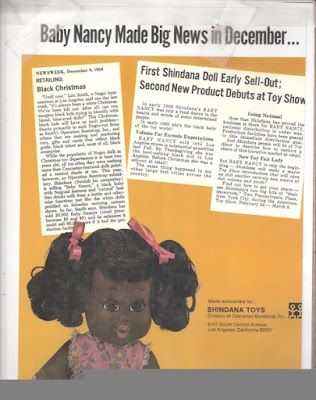 "In its first year, Shindana produced a single product – a Black doll named Baby Nancy, the first ethnically correct Black doll made in America*. Baby Nancy was designed with truly “Negroid” features which were in contrast with the typical pattern of Caucasian dolls simply painted Black, and she was a success in the marketplace. Production of Baby Nancy dolls began in November 1968, and the combined efforts of Shindana and Mattel made it possible to manufacture and ship 8,000 dolls in time for the first Christmas season.

"In 1971, sales reached $1.5 million and the young company began to repay some of its financial obligation. Despite the loss of some of its key personnel, the company continued to produce products under the steadfast leadership of Lou Smith. 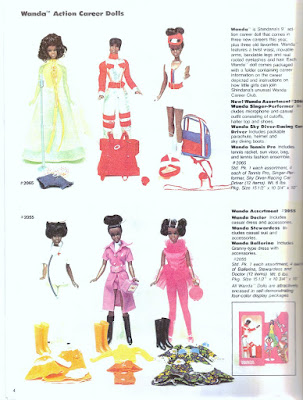 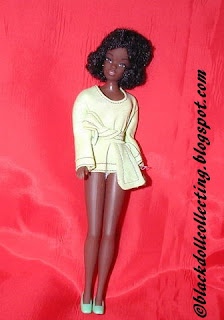 "The company marketed a line of 32 Black dolls and 6 Black-oriented games. Mr. Lou Smith is to be remembered, for his vision helped make the difference between success and failure. He never wavered from Shindana’s objectives of providing jobs with pride in the ghetto and showing people that they can help themselves, and that in the process they can learn to love those who may be different from themselves. He believed that “the only plan is the commitment.” Today, Shindana dolls are collector items.

"Mr. Smith and his young daughter were killed in an automobile accident in 1976 in California."

Doll-E-Gram’s Holiday Festival of Black Dolls’ “Shindana Award” [was] given annually in honor of Mr. Lou Smith. Doll-E-Gram is no longer in publication.

While Shindana is well known for being the first US company to mass-produce ethnically correct Black dolls, the company incorporated Asian, Caucasian, Hispanic, and Native American dolls into their product lines before operations ceased in the early 1980s.

*Ms. Hall's article indicates Baby Nancy was the first ethnically correct black doll to be made in America; however, Ideal's Saralee Negro doll, manufactured from 1951-1953, holds this title.